The Dinosaur-Bird link: a critical overview 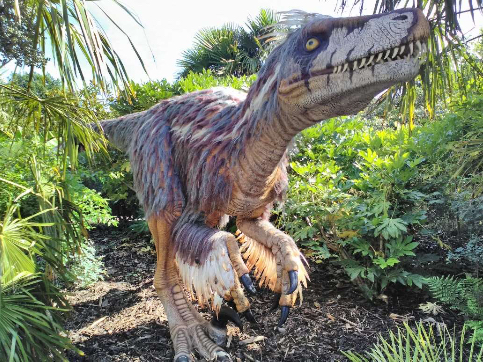 Please contact the hgs_secretary@btinternet.com to register your interest in joining us for this fascinating talk given by Mike Howgate.

Abstract:
To most interested lay-people and even most vertebrate palaeontologists the theory that birds arose from a group of Theropod dinosaurs is now regarded as an incontestable fact. However there are a handful of dissenters from this supposed certainty. I am one.
I will start by outlining the position of Archaeopteryx as the quintessential example of an intermediate between two classes of organisms – reptiles and birds, before considering the various theories which have been put forward to explain which group of reptiles could best be considered the direct ancestor of the avian lineage and whether flight could have originated from the ground – up as suggested by the ‘Dino-Bird link’ supporters.
In the final half of the talk will concentrate on two alleged Dino-Birds which featured prominently in the debate. Sinosauropteryx prima, a compsognathid dinosaur which is supposed to exhibit PROTOFEATHERS and Microraptor gui the alleged four winged flying dinosaur which is an archaeopteryx-like bird and not a theropod dinosaur at all. A more parsimonious ancestor for the avian lineage will be suggested.